When Brendan joined what was then the Environmental Defenders Office (Victoria) as CEO in 2004, there was just one staff member: him. Since then he’s overseen a transition to a legal fighting force with fourteen staff members and a clear vision to be the environment’s legal team.

Brendan holds a University of Melbourne law degree and an MA in Environmental Science. He lectures in environmental law at Melbourne University and is President of Connecting Country, a landscape restoration initiative.

Brendan leads the team at Environmental Justice Australia, a not-for-profit legal practice dedicated to justice for people and the planet. Under Brendan’s leadership, EJA has grown to become an effective force for change, contributing legal and strategic expertise to the environment movement and grassroots campaigns on issues ranging from air pollution to nature conservation and corporate accountability.

With deep roots in the community legal centre movement since his university days and as a former chair of Victoria’s Federation of Community Legal Centres, Brendan has a strong commitment to combining social justice and environmental advocacy. As a lawyer for Environmental Justice Australia, Ariane uses her legal expertise to advise and act for communities impacted by fossil fuel extraction and the impacts of climate change, and advocates to reform Australia’s laws to make sure they protect the right of all Australians to clean air, clean water and a safe climate future.

Before joining our team, Ariane practiced law in the not-for-profit legal sector in Queensland, advising clients on environmental and human rights law, and representing traditional owners in native title negotiations with energy and resources companies.  She also worked in private practice for top-tier law firms as a planning and environment lawyer and legal researcher in environmental litigation and major project approvals.  She was also a judge’s associate in the Supreme Court of Queensland and the Planning and Environment Court of Queensland. Ariane holds a Bachelor of Laws (Hons) and a Bachelor of Science (Environment) and in 2013 was the Griffith Law School nominee for the Griffith Arts, Education and Law Outstanding Young Alumnus of the Year. Bronya’s work as an environmental lawyer focusses on pollution and environmental public interest advocacy. Born and raised in Victoria’s Latrobe Valley, she is passionate about legal empowerment of the community and has a diverse background that includes activism, youth work and filmmaking. Lawyer Bruce researches and writes on topics from environmental offsets, water law and native vegetation clearing. He also engages with community members and stakeholders on our campaigns, and leads our Yarra River Protection Act campaign.

As well as his law degree, Bruce holds a PhD in Administrative Law, a BA (Hons) in Political Science & Government, and a Masters of Environmental Science. He has previously worked as a student advocate, a project officer at Trust for Nature and a lecturer in Law at Deakin University.

He’s involved in several community initiatives in his hometown of Geelong, including running the local Field Naturalists Club and coaching the under 10 YMCA basketball team. Nicola is our Director of Advocacy and Research, working to improve environmental laws.

Her work on our clean air campaign has seen her engaging with grassroots environment groups and local communities around Australia to protect our right to clean air. She has also lead our advocacy on a range of issues such as Victorian climate and water law, and national biodiversity laws. After obtaining his law degree in 2011 Nick  worked in private practice until joining EJA in 2018.

As an environmental lawyer at EJA Nick works on litigation on the impacts of climate change and emissions from coal power stations.

Danya is a senior lawyer working on biodiversity and nature protection, with a focus on public land, forests and threatened species. In 2019, she was awarded the Law Council of Australia’s Mahla Pearlman Young Environmental Lawyer of the Year.

Her legal practice includes eight years litigating on behalf of community groups in State and Federal Courts against government entities and corporations. She has a particular interest in the intersection of environment and administrative law (law that regulates government activity), with expertise in threatened species law, injunction proceedings, statutory duties, review of government decisions and freedom of information. She has previously practiced in contractual disputes, defamation and intellectual property.

Danya holds a Bachelor of Laws (Hons) and Bachelor of Arts (Geography). Before coming to the law, Danya worked for environment and human rights organisations in Australia and overseas. Prior to joining the team, Virginia worked as a lawyer in private practice, as a judge’s associate in the County Court of Victoria and as an adviser in the Victorian State Government.

Virginia holds a Juris Doctor from the Australian National University and a Bachelor of Arts (Hons) from the University of Melbourne.

Mandy Johnson keeps the office running and ensures our publications speak directly to people who need to understand legal issues in protecting the environment.

Mandy has been working with not-for-profit organisations since 1996, principally environmental. Before starting with EJA in 2005, Mandy worked for a firm providing legal and consulting services tailored for not-for-profits. She previously spent seven years at one of Australia’s largest national conservation organisations, BirdLife Australia, including three years as Supporter Services Manager.

Mandy holds a Bachelor of Arts and a Diploma of Professional Writing and Editing. She is an Accredited Editor with the Institute of Professional Editors, one of only 311 nationally. Outside work Mandy enjoys a spot of camping.

Max is the new campaigner in our Clean Air team. Max has joined us from the Australian Conservation Foundation, where he was a community organiser working to #StopAdani and #Repower Australia with clean energy. Before that, Max worked in various capacities as a campaign organiser.

Max has a law degree, and volunteered at the EDO back in 2012/13, but he’s never been admitted to practice as a lawyer. He preferred the idea of being a grassroots campaigner! Max is a graduate of the Change Agency’s Community Organising Fellowship and a holds post-graduate qualification in community advocacy.

Prior to joining EJA in 2017, Thea was on the EJA Board for six years. Livia is a communications and community engagement specialist with a background in environmental and human rights campaigns. She has worked for Amnesty International and the Australian Conservation Foundation and is the former Director of the Environmental Film Festival Australia.

Livia is passionate about using the power of storytelling to create social change and has a special talent for turning jargon into powerful and engaging stories. Whether it’s a huge petition, a media-grabbing stunt or a giant people’s march, she has moved thousands of people to act on social justice issues. Anushka is the Digital Campaigner at Environmental Justice Australia, working across social media and web to grow EJA’s online supporters into a community of passionate and active environmental advocates.

Born and raised in New Zealand, she is a proud Kiwi who is also equally proud of her Sri Lankan heritage. Anushka has been living in Melbourne since 2017, she has a diverse background in start-up and non-for-profits.

Anushka holds a Bachelor of Arts, Bachelor of Commerce & Administration, and a Masters in International Relations. 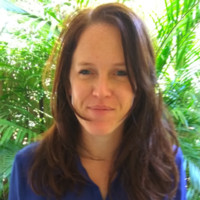 Greer started fundraising because she wanted social and environmental movements to be well resourced and widely supported. With over eights years of fundraising experience, she has a passion for building strong relationships with donors and sharing the impact of their support. Before joining the team, Greer managed carbon reduction projects in local government, taught in remote Indigenous communities, and built bicycle-powered generators for outdoor cinemas and live events. She studied at the University of Newcastle, majoring in Human Geogrpahy and Economics.