Threatened species like the Greater Glider and the Powerful Owl have lost much of their remaining habitat, pushing them even closer to extinction. Even our beloved Koala is in danger.

It’s a devastating blow to the places and wildlife we love.

In January 2020, Wildlife of the Central Highlands (WOTCH), a community group of citizen scientists from Victoria’s Central Highlands, launched a Supreme Court case against VicForests to stop the state-owned agency from logging areas of unburnt habitat for threatened species impacted by the bushfires – including the Greater Glider, Sooty Owl, Powerful Owl and Smoky Mouse.

The forests home to this threatened wildlife include forests in the Kalatha Valley of the Giants in Toolangi, along the Koala Creek near Cambarville, in the Upper Thomson water catchment, and around Mansfield, Noojee and Warburton.

WOTCH alleges that logging operations in areas where threatened species impacted by the bushfires have been sighted or where their habitat exists is unlawful until the state and federal government have concluded their bushfire biodiversity responses, and until VicForests protects threatened species in light of the outcome and the impacts of the bushfires.

They contend that by planning and conducting timber harvesting operations in these areas, VicForests has failed, and will fail, to comply with sections 2.2.2.2 and 2.2.2.3 of the Code of Practice for Timber Production 2014. This would be unlawful under the Sustainable (Forests) Timber Act 2004 (Vic), which requires VicForests to comply with any relevant Code of Practice relating to timber harvesting.

Logging has continued in Victoria despite bushfires destroying almost 6 million hectares of forest and an estimated 3 billion animals nationally, including threatened species.

The Victorian government’s own preliminary response to the bushfires lists the threatened Greater Glider, Smoky Mouse, Sooty and Powerful Owls among the “fauna species of most immediate concern”. And yet clear-fell logging continues in their habitat.

This is the first court case to protect threatened species in the wake of the bushfires.

WOTCH has been granted injunctions to protect 40 forest areas while the case is heard. The trial is now listed for 7 March 2022 in the Supreme Court of Victoria

”Whilst the defendant has demonstrated it will suffer some short-term loss, and that long-term loss may exacerbate any likely shortfall in production, this pales in comparison to the potential threat of irreversible environmental damage to the fire affected threatened species. All five of the threatened species have been identified by the state government as on the path to extinction. It goes without saying that once these species are extinct,there is no going back. 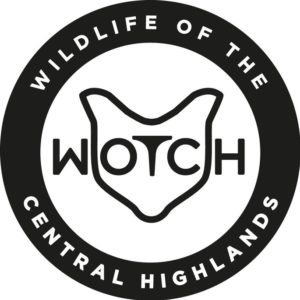