This report documents the experiences of western suburbs communities that are struggling for environmental justice while having huge rubbish tips and toxic waste dumps imposed on them. 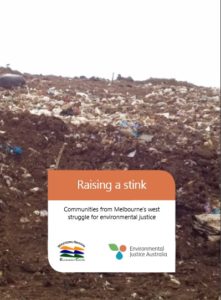 Raising a stink outlines community concerns, including that Victoria’s EPA: