Australians spell it out: Stop Adani

An estimated 16,000 Australians joined together at 45 events around the nation on Saturday 7 October 2017 to spell out ‘Stop Adani’ with their bodies in a vivid display of community opposition to what would be one of the biggest coal mines in the world.

Around 2,000 people formed the sign on Bondi Beach (top pic). Many thousands more came together in cities, towns and even paddocks (see below) with a single, simple message. 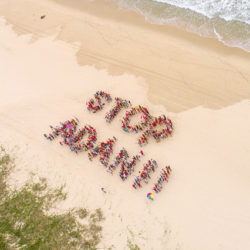 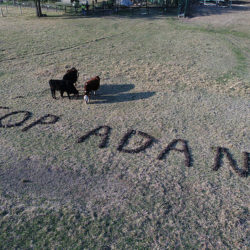 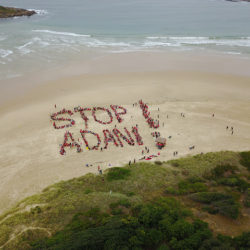 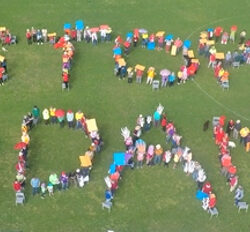 Want to get Involved?