Working with communities for clean air in 2018

This has been a huge year in our work to reduce the impacts of toxic coal pollution on local communities.

Our ageing and inefficient generators are not currently required to use modern pollution controls that cut toxic pollutants by up to 98 percent. This means State Environment Protection Authorities have effectively given these companies a licence to harm our communities. It’s shameful that when technology is readily available that could save lives, our governments don’t make these companies use it.

During 2018, the EPAs in Victoria and New South Wales reviewed the pollution licences for the three coal-fired power stations in the Latrobe Valley and the Eraring, Vales Point and Mt Piper power stations in NSW. EJA worked hard to maximise community involvement in these licence reviews, and to build the strongest possible case for strict pollution controls. With our encouragement and support, more than 1000 community members made submissions on the pollution licences.

Following community consultation, we engaged international experts to assess the power station’s pollution and recommend improvements. These experts agreed that Australia’s power stations pollute far more than they need to and recommended installation of best practice pollution controls. Selective catalytic reduction and flue gas desulfurisation, for instance, have been mandatory in most other countries for many years.

Up-to-date and fit for purpose pollution control laws are essential for the protection of people’s health and the environment. In June this year the hard work of our lawyers and a number of the organisations we work with paid off when the Victorian Government passed new pollution control laws. These new laws will re-set pollution control in Victoria by including important innovations like a duty not to pollute and a right for a third party to insist on compliance with the law by taking legal action if necessary. This means that community members can take legal action if the government does not fulfill its duty to minimise toxic air pollution. This law reform will be critically important when the Victorian EPA hands down its decisions on whether to amend the licences for coal-fired power stations in Victoria early next year.

Throughout the year we visited communities most directly impacted by air pollution from power stations and coal mines, including the Latrobe and Hunter Valleys, Central Queensland and the NSW Central Coast, Newcastle, South East Queensland and Lake Macquarie. It’s a highlight of our work to connect with locals in all these communities, to learn about local concerns and ideas for action, and to lend a hand where we can. 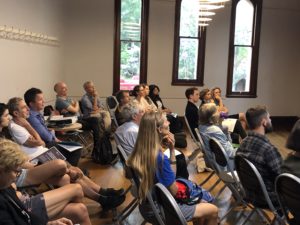 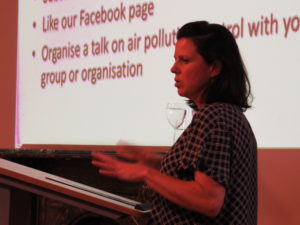 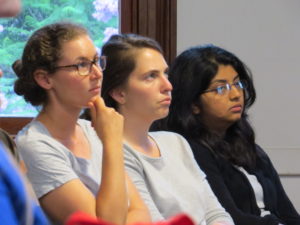 We wrapped up the year with the release of a major report to assess the health impacts of pollution from coal fired power stations in NSW. Epidemiologist, Dr Ben Ewald, found that 279 people in NSW die from power station pollution each year, and that 3,429 more will die if the power stations are allowed to continue to pollute at current levels until their expected closure date. The report was widely reported and generated significant political attention. Almost 200 people attended public forums to hear about the report in Sydney, Lithgow, the Central Coast, Lake Macquarie and Newcastle. We’ll continue to liaise closely with decision makers to ensure they understand the health impacts of burning coal and take decisive action.

Over summer, we’ll be watching and waiting for the Victorian and NSW EPAs to issue the new pollution licences, hoping that they use the opportunity to crack down on power station pollution and protect community health.

Thank you to all the community members and representatives, air pollution and health experts we have worked with this year. We look forward to working with you all for strong pollution control in 2019.