Have your say on air pollution standards, Melbourne 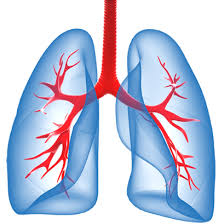 Australian governments are currently reviewing the national air pollution standards for sulfur dioxide, oxides of nitrogen and ozone that were first adopted in 1998. Australian standards currently exceed the World Health Organisation’s recommended thresholds and by international comparison, lag significantly. Much stricter standards have been adopted in most other countries, including the US, EU, and China.

The forum is an opportunity for community members, health experts and local campaign groups to connect and participate in the review of Australian air pollution standards, and plan for how we can obtain the strictest possible standards for these pollutants.

We want to provide a platform for Australian governments and environment ministers to hear from as many people as possible about the health impacts of these pollutants and how to control the health burden they create. Strong threshold standards will improve future health outcomes for Australian communities.